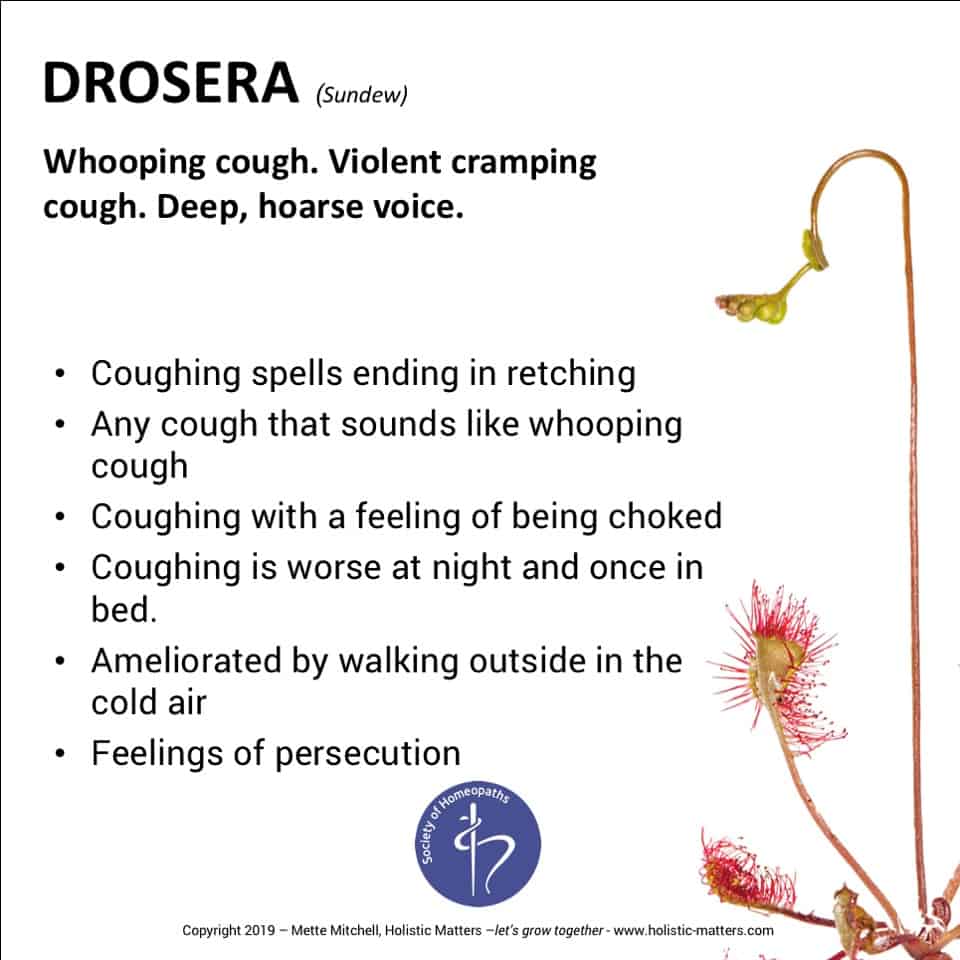 I’ve had quite a few calls in the last week from people suffering from coughs. It’s tended to be a similar cough, in fact, for which I’ve given them the homeopathic remedy drosera

Drosera is a brilliant help for coughs, the homeopathic remedy I prescribe most frequently for coughing. It helps with a certain kind of irritating cough that is doing the rounds at the moment and is tough to kick:

In the illustration I’m using here, supplied by the Society of Homeopaths (the regulatory body to which I belong), it says that you often have a sense of persecution with this type of cough – well, that’s something I’ve never found! Drosera works a treat for paroxysms of coughing that seem never-ending… end of. It is one of scores of homeopathic remedies that can help coughs, chosen according to the type of cough you have and other related symptoms (such as being thirsty, for example, or having a sore throat, or whether you have other respiratory issues). A homeopath will quiz you on your precise symptoms before reaching a decision on the most appropriate remedy for you to take for your cough.

To book an appointment with Sue click here. Or if you have a cough and would like some advice she is available for telephone consultations

What do the Queen and David Beckham have in common?
Why I love my job. By owner of The Hub Sue Leach
Homeopathy for bites and stings
Posted in Homeopathy and tagged coronavirus, cough aids, coughs and colds, drosera, homeopath near me, Homeopathy, natural cure for coughs, New Forest homeopath, whooping cough remedy
← Book of the month: Woman CodeEssential oil of the month: lemon →