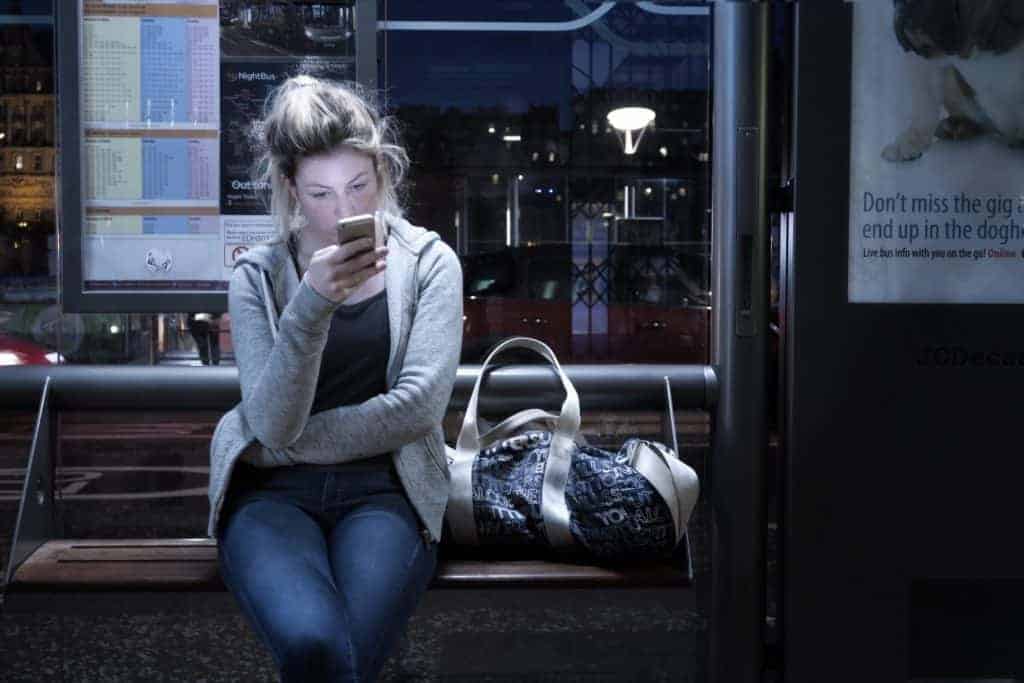 WhatsApp, Instagram, Twitter, Zoom, TikTok… where would be without them right now? We’ve all been relying so much on technology to amuse ourselves, work from home and stay connected (and sane!) over the past few months. The time we’re spending online is at a record high since the end of March, with seven out of 10 people making video calls at least once a week during the first lockdown and some Twitter users saying their phone use has gone up by 200 per cent. But this extra use of technology is just not good for us. Here are the reasons why we should all do a digital detox very regularly…

UK adults spent on average a quarter of their waking day online during lockdown – a record high, according to Ofcom. We’re not sure how this average was worked out because everyone we know is spending way more than that on their devices! Perhaps it’s like that little white lie we tell our GPs when they ask how much alcohol we drink….?! Whatever the true figures are, all this use of our devices definitely takes its toll on our bodies. Here are a few reasons why you should take a digital detox regularly and religiously – time out for your body to recuperate from electromagnetic stress.

If you overuse technology you have an increased risk of eye strain, vision problems, headaches and migraines. A survey of 7,000 people, conducted in 2013 by the Vision Council, a non-profit trade association for manufacturers and suppliers of the optical industry in the US, found that adults aged 18 to 34 are particularly vulnerable – they reported feeling eye strain at a higher rate (45%) than older people.

Research suggests that the light emitted from screens suppresses production of melatonin, the biochemical that controls the length and quality of our sleep cycles. Whereas normally as daylight dims the pineal gland is triggered to release our ‘sleepy’ hormone melatonin, the body thinks it’s still daylight if we’re poring over our devices in the evening and the pineal gland fails to send out the necessary levels of melatonin to help us nod off. Research shows that two hours of exposure to a screen before bedtime can suppress melatonin production by 22%.

The evidence also suggests that electromagnetic stress particularly scuppers the ability for our brainwaves to settle into the theta frequency range (the daydreaming/meditative state, or point as we go off to sleep) and delta frequency (deep, non-dreaming sleep), so quality of sleep is disturbed.

Exposure to light stimulates nerve pathways from the retina in the eye to the hypothalamus, which triggers the brain to send out instructions to the body to produce stimulating hormones such as cortisol, our stress hormone. Trouble is if you’re tied to a computer or phone for a quarter of the time you’re awake, then your system will be pumping out excess cortisol and won’t have the opportunity for natural hormonal downtime. You’re constantly in a low-level state of fight or flight, and this could be one of the reasons you’re feeling more anxious and uptight at the moment.

Another downside of the light emitted from screens is our brains think we’re absorbing more sunlight than we actually are. People in the UK are generally low in Vitamin D anyway – in this country we just don’t get adequate sunlight to keep up our supplies of this vitamin, which we derive mainly from the sun rather than food. Then lockdown has given us a double whammy, pushing us indoors even more and so further depleting our Vitamin D. As well as affecting our immune system, teeth and bone health, and sense of well-being, Vitamin D deficiency causes sleep disturbances.

Electromagnetic radiation (EMR) or the radio frequency of mobile phones are also thought to increase free radicals in the body. These are rogue, unstable cells that can cause damage to other cells, leading to illnesses and contributing to the ageing process. They change our defence systems so our tissues are less robust at fighting off illness, which could be one reason you’re feeling more depleted and tired right now.

Hours in front of a computer are also a sure recipe for postural problems, as featured in one of our earlier blogs this month: click here to read.

It comes as no surprise that phone use can put a strain on romance. A study of 145 American adults in 2016 suggested that people tend to be less happy in their marriage if their partner snubs them in favour of using their mobile. The survey, published in Computers in Human Behavior, also found those that were snubbed were more likely to be depressed and dissatisfied with life. Just the sight of a phone coming out during a conversation can make us feel less connected and spoil the quality of our chat, according to research.