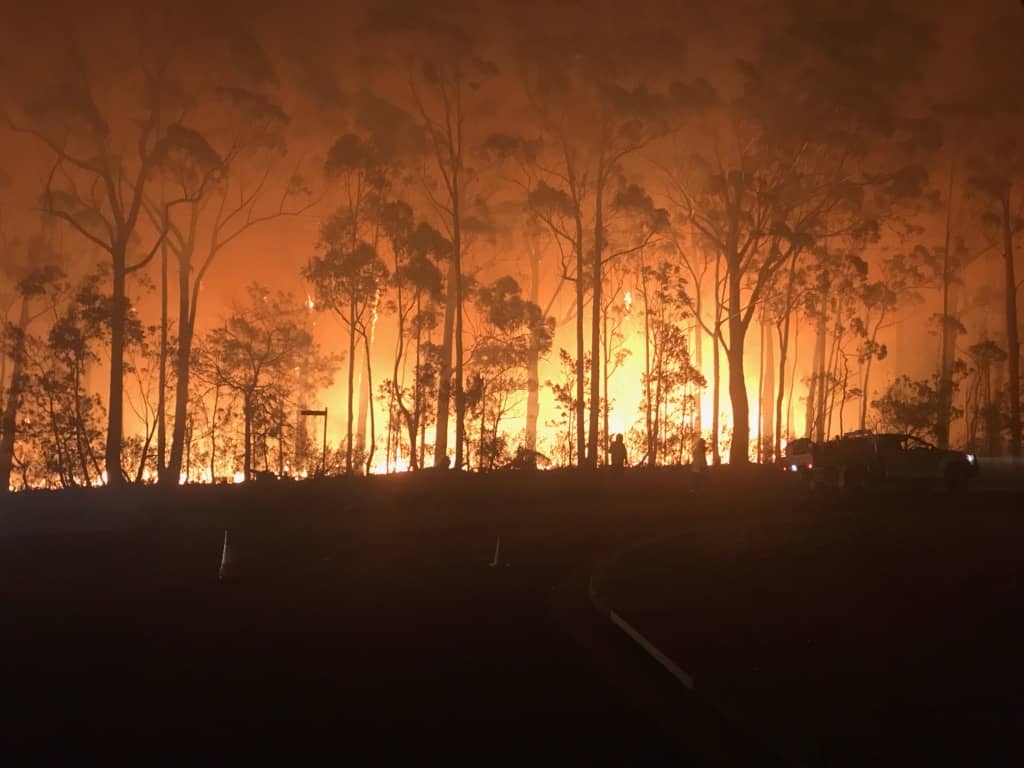 This is a poem written by a friend of The Hub who was forced to abandon his house in New South Wales on Boxing Day due to the Australian bushfires. His words say it all… this tragedy has broken the hearts of the Australians, its destruction relentless and irreversible. We are raising funds for the poor animals down under that have been blighted by the fires. An estimated 1.25 billion have died, many have lost their homes and are wandering a large, terrified and injured. This catastrophe brings extinction nearer for many species. For details of how to donate to help rescue and support Australia’s wildlife and animals and a yoga/meditation fundraiser we are holding at SenSpa on 30 January click here

When the earth is scorched at your feet – and you run with your children,

Praying the car will start, leaving your home and breaking your heart,

When the fire roars with a sound not heard since war,

When you gather with others, huddled on the nearest distant shore.

When the sky is not the sky, but the crimson roof of hell,

With ash drifting thick on all you love, and all you’ve lost – and all you have to tell.

Scream in terror at the flames, breeding darkness in your head.

And the horror in the bush, with the massive, savage loss,

Of the smaller friends we knew, living quietly, living true.

Then you witness local heroes, driving trucks through burning hell,

Holding hoses to the nightmare seeing tales too dark to tell,

Finding those who never made it, natures furnace cutting short,

And now, you stare at life within familiar walls,

Of heights marked in pen on the kitchen door frame,

And dates alongside those ascending names,

And medallions on shelves, from children’s past won games,

And wonder – what to take, and what remains.

To those who plead with their eyes, and cry into their hands,

And when you get there and look at the faces of those who fled,

You know you are not alone.

And when you are not alone, there is a tomorrow,

Hope for yourself, hope for each other – hope for the future,

Together, we will get through this,

Together we will be stronger,

Together we will overcome.