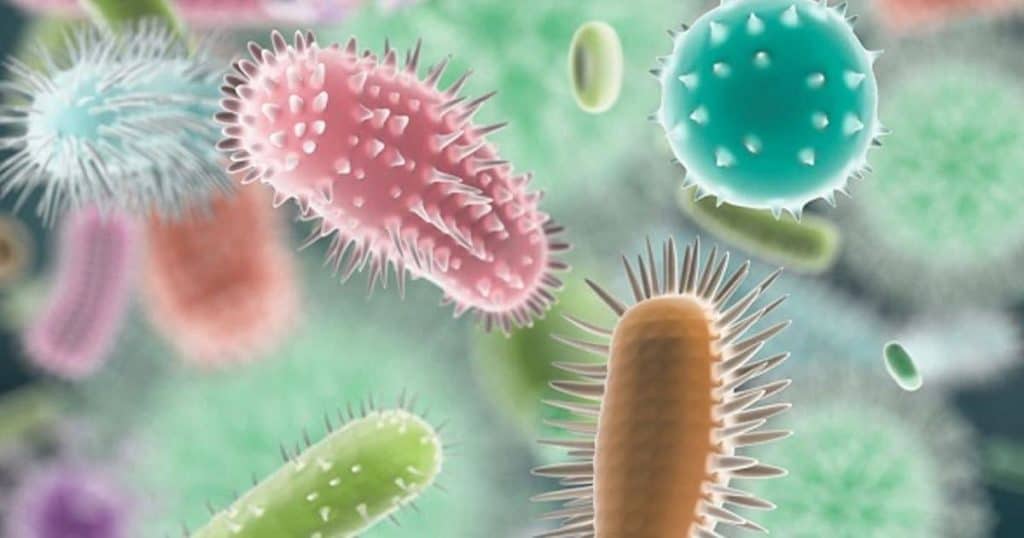 Antibiotics save lives, no question. But little could Alexander Fleming have anticipated, when he happened upon penicillin in a lab in 1928, that they could end up being ‘one of the greatest threats to patients’ safety’ nearly a century later. This statement is made, not by quacks but by the government’s own website, nhs.uk. And such is the scale of the problem of antibiotic resistance that all through Europe there is an Antibiotic Awareness Day every year on 18 November to try to cut use of the drugs. More than 2,500 people are now dying each year, according to a report by Public Health England, due to antibiotics no longer being effective and routine operations (such as Caesarians, hip ops and some cancer treatments) could become lethal.

As adults we have 3-4lb of beneficial bacteria and yeast (the bad guys) living in our intestines. These microbes compete for nutrients from the food we eat. In good health the beneficial bacteria both keep the yeasts in check and cause them to produce nutrients such as the B-Vitamins. However, every time you swallow antibiotics you kill the beneficial bacteria as well as those causing your infection, upsetting the delicate balance of your intestinal terrain. This allows the yeasts (most particularly pseudomonas, clostridium, klebsiella and, probably the most virulent, candida) to grow unchecked – they’re opportunistic organisms and, as the intestinal bacteria die, they thrive, especially when their dietary needs are met by sugar and sweet foods. Sure sign that the bad guys have taken over is thrush.

Unfortunately, good flora are so vulnerable to antibiotics that, in mice, a ‘single injection of streptomycin can eradicate their protective effect’ (a). This blow to the system lasts not just for a month or so, as commonly believed – our natural immunity can be impaired for up to two years after taking antibiotics, according to a study by the Swedish Institute for Infectious Disease Control (b). And this leaves us more open to yet more infection.

As well as depleting our immune system, damage these parasitic yeasts can cause includes:

Bacteria are canny organisms: when under attack they mutate. For many years the introduction of new antibiotics outpaced this mutation process and the development of illnesses resistant to antibiotics. However, recently antibiotics have been rendered less and less effective. In the States at least two million people annually ‘acquire serious infections with bacteria that are resistant to one or more of the antibiotics designed to treat those infections’ (c). And at least 23,000 people die per year from antibiotic-resistant infections.

This is compounded by the fact that antibiotics are rife in everyday life. Even when we aren’t taking them we’re unwittingly absorbing them – in our soil (hence our veg), our water system and, due to intensive farming, our food. In a survey in the States researchers discovered that nearly half of meat and poultry sold in shops was contaminated by antibiotic-resistant staph infections (cause of pneumonia and sepsis). Although the bacteria are usually killed in cooking, researchers fear that some of the bugs may be left on kitchen surfaces during preparation (d).

As a homeopath, one of the top reasons children come to my practice is repeated ear infections. Sometimes children have had up to 10 rounds of antibiotics by the time they are two; yet, as parents come to realise, the drugs have had little benefit and in many cases have only made the problem worse.

This is borne out by research (e). In a double blind study, conducted at the University of Utrecht, 121 children with chronic middle ear infections were given either the antibiotic co-amoxiclav or a placebo over seven days. ‘The most striking result of this study,’ concluded researchers, ‘is that even in a population of children aged 6 months to 12 years prone to otitis media the natural course of the clinical improvement is not different from the course when co-amoxiclav is prescribed.’

In fact, giving antibiotics seems to make it all the more likely your child will have a further ear infection. Researchers at the University of Pittsburgh examined the effects of antibiotics on ‘secretory’, or weeping, otitis media in children aged 7 months to 12 years. Once again the antibiotic amoxicillin (whether used with or without a decongestant antihistamine) was found to be ‘not effective’ for the treatment of persistent middle ear infection in both infants and children. ‘Furthermore,’ said the study, ‘recurrence rates were significantly higher in the antibiotic-treated group than in the placebo group. Six weeks after antibiotic treatment the number of children without effusions was about the same in each group.’

When not to take antibiotics

Despite the doom and gloom warnings, antibiotics are still over-prescribed. GPs are caring folk and they want to make you better, but times when a prescription is misplaced are:

Common viral infections that do not benefit from antibiotic treatment include:

And if you do have to take antibiotics…

Preparing your body and mind for winter
So how are you sabotaging your immune system?
5 ways to boost your immunity
Posted in Immunity and tagged antibiotic resistance, antibiotics do not work, dangers of antibiotics, when you should not take antibiotics, why not to take antibiotics
← Is it safe to give echinacea to children?Why homeopathy makes so much sense for children →