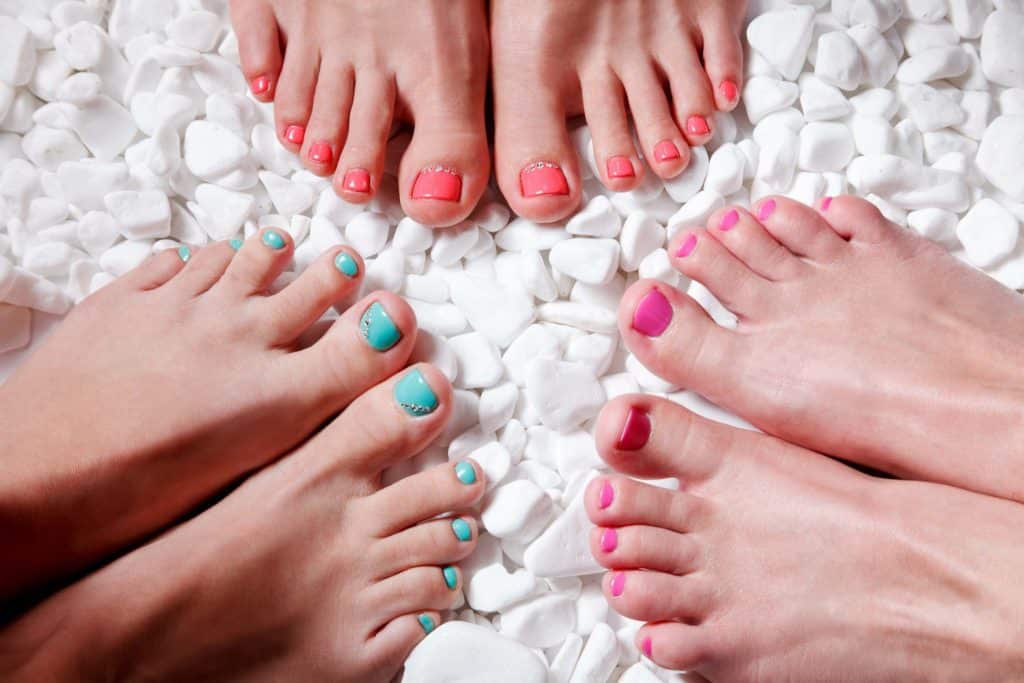 It’s that time of year at last, with the sun out and licence to air your toes. But did you know that every time you coat your nails in polish you’re actually giving your body a dose of toxicity? You may avoid eating ready-made food, preservatives and additives… try not to take drugs… shun weedkillers and chemicals. Yet you never think twice about coating your toenails in varnish.

Think again. Nail polish typically contains a cocktail of chemicals that were actually quite a shocker to us when we discovered them at The Natural Health Hub. So many of us spend summer enjoying a variety of bright and breezy colours on our toes. However, not only are you coating your tootsies in nasties, you’re also potentially trapping all sorts of fungal potential beneath those polishes. 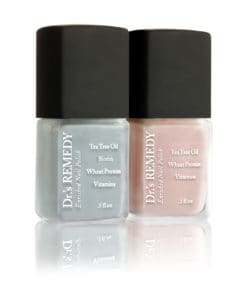 Toxic chemicals nail varnishes can contain include the following (the first three of which are banned in the US).

Included as a hardener and preservative, formaldehyde is an unpleasant chemical used to preserve dead bodies. As well as causing irritation to eyes, nose, throat and the skin (dermatitis), it can trigger asthma. It is considered a carcinogen by the International Agency on Research on Cancer.

Used as a plasticiser to increase flexibility and shine, dibutyl phthalate has been banned in polishes in Europe because of its link to birth defects. It’s a developmental and reproductive toxin that causes a number of birth defects in lab animals, primarily in male offspring.

A chemical used to help polishes flow, give a flat, even finish, and stop the colour separating in the bottle, toluene has been removed from drinking water because of research linking it to liver and kidney failure. It affects the central nervous system and can cause headaches, dizziness and fatigue. Exposure to toluene fumes during pregnancy is suspected to impair foetal development.

The Dr’s Remedy nail range is free from chemicals, vegan friendly and nourishes your nails with essential oils and enriching vitamins

Another plasticiser, this strong-smelling chemical is a potential irritant, used in muscle rubs for its minty tingling sensation on the skin.

This helps make the polish hard, resilient and shiny when it dries. However, it can cause dermatitis.

The most widely used preservative in cosmetics and toiletries (in 85% of products), parabens stop fungus, bacteria and other microbes growing in your face cream or deodorant. They are, however, of possible concern as xenoestrogens (chemicals that mimic oestrogen in the body) and scientists have found a high paraben content in breast cancer tumours. Which is why an increasing number of deodorants and other cosmetics are now paraben-free.

This very powerful solvent, though highly effective for removing polish, is also very  harsh because it removes a lot of natural oils from nails, cuticles skin and is extremely drying.

Such is the level of concern about some of these ingredients that the city of San Francisco enacted a city ordinance in 2011 publicly identifying establishments that use nail polishes free of the ‘toxic trio’ of toluene, dibutyl phthalate and formaldehyde. Nail polish is also considered a hazardous waste by some regulatory bodies such as the Los Angeles Department of Public Works. And many countries place restrictions on sending nail polish by mail, in case bottles break. 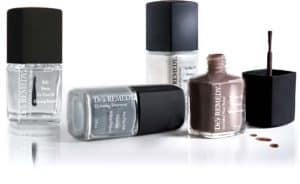 No1 ON TREND: grey, from sultry Kinetic
Khaki to metallic Stability Steel to dazzling Magnetic Midnight

OUR TOXIN-FREE RANGE: reasons to use Dr’s Remedy nailcare

Because of these concerns we’re advocates of the Dr’s Remedy nailcare range at The Hub. As well as being free from all the toxins mentioned, they are not tested on animals, are vegan friendly and contain a range of organic ingredients. These include:

Dr’s Remedy is the first and only nail polish to receive the American Podiatric Medical Association seal of approval. As well as a cool selection of colours, the range includes an acetone-free polish remover, Hydration Nail moisture treatment to improve nail strength and durability, plus Total Two-in-One (base and topcoat in one, or a one-coat nail protector.

Reasonably priced at £12.50 per pot, the polishes nourish your nails and inhibit fungal growth while also, in our view, looking pretty damned lovely! Get painting those nails safe in the knowledge you’re not doing them any harm…